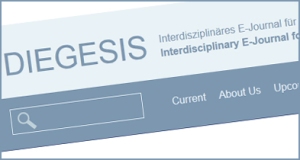 DIEGESIS is an interdisciplinary journal dedicated to narrative research that provides free online access to full-text articles and reviews. The journal’s latest issue deals with narratological approaches to video games and includes a co-authored article on video game characters by Jan-Noël Thon and myself.

The issue contains three main articles as well as five reviews, an interview with Marie-Laure Ryan, and one conference report. Here’s a short summary of the papers taken from the editor’s foreword:

“In order to describe the relationship between interactive and narrative elements in video games, Kai Matuszkiewicz introduces the hybrid concept of internarrativity, which he defines as a video game’s potential to be actualised by the recipient as both a game and a narrative. According to Matuszkiewicz, a game’s degree of internarrativity is greatest when narrativity and interactivity are well balanced. Ralph Müller also considers narrativity and interactivity to be gradable attributes of video games. In contrast to Matuszkiewicz, however, he conceptualizes them as antagonistic features, a hypothesis which he illustrates by comparing the degrees of narrativity and interactivity of three different text types: a literary text which encourages a conventional linear reception despite the fact that it was published electronically, a literary hypertext and a text-based computer game. Like the medium of film, the medium of video games suggests a concept of narrative which waives the necessity of a narrative instance, since narrativity in video games typically occurs on the level of the represented story rather than on the level of discourse. However, this does not mean that narratological concepts developed to describe elements of literary stories can be applied to video games without modification. This is the argument put forward in the contribution by Felix Schröter and Jan-Noël Thon, who propose a medium-specific theory of characters to account for their medium-specific representation, reception and function in video games.” (“This Issue”, DIEGESIS 3.1)

Read the whole issue for free on the journal’s website. 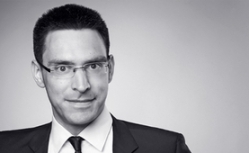